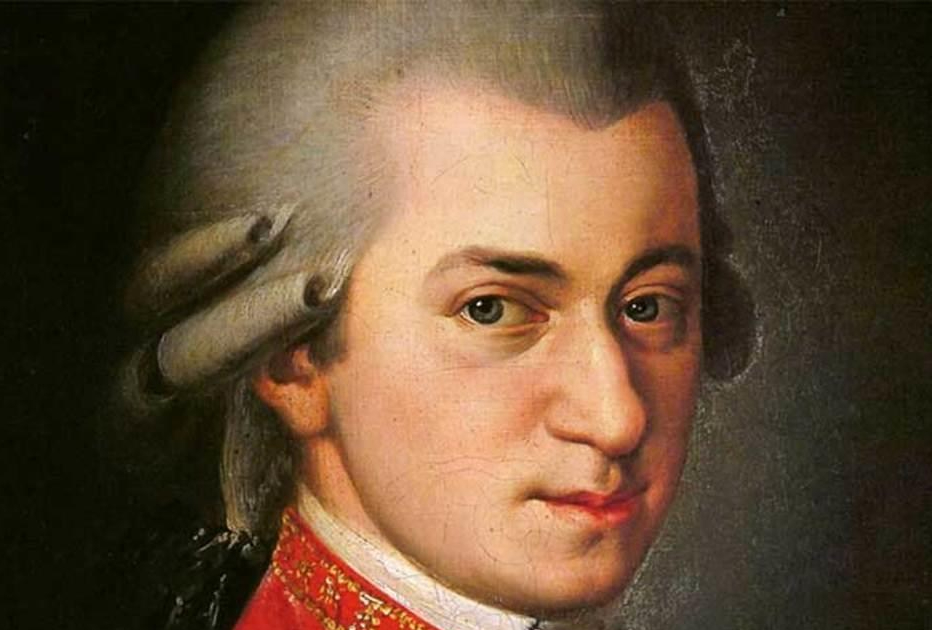 At three, Wolfgang Amadeus Mozart (1756 – 1791) was picking on the harpsichord, carefully selecting the thirds and other consonances. This amused him endlessly. At four, he was studying a little minuets; at five he was composing and had perfect pitch where he could spot a quarter tone out of tune on the trumpet that made him ‘faint’ dead away. At six he was taken to Salzburg by his father, Leopold Mozart, an eminent violinist, teacher, theoretician and all around musician for his first tour.

The child apparently could do everything without being taught, he could play a stringed instrument, improvise, compose and play fluently on keyboard instruments. He could name any combination of notes by hearing them struck. His father, Leopold was exploiting this boy, spreading his fame across Europe to the point he came close to breaking the child’s spirit. Mozart grew up resenting his father. That was one of the reasons he was eager to leave Salzburg for good to escape parental domination.

As a child, Mozart played mostly on the harpsichord. In 1778, at the age of twenty-one, it was on his trip to Paris that he began to concentrate on the piano. In his mother’s letter to her husband in 1777: ‘ he played very differently than he does at Salzburg because here they have pianoforte everywhere and he knows how to handle these so competently that nobody has ever heard the like; in other words everybody who hears him says his equal is not to be found.’

From 1777, Mozart concentrated on the piano even though he retained his own Clavichord along with the piano in his own home. All of his post 1777 keyboard music was composed for the piano. Most of his sonatas and all of the concertos beginning with K. 414 were conceived on the piano.

Mozart knew the piano not only as a pianist but he was also fascinated with its construction and knew a great deal about it. The knee device had already been introduced with English Pianos but it took some years before foot pedals became standard in Germany and Austria. Mozart liked Stein’s piano but it was rather expensive so Mozart did not own one of Stein’s piano nor did he think his father would allow it. The piano that Mozart finally owned was an Anton Walter of Vienna around 1784. It did not have a pedal but Walter build a pedal attachment operated by foot for Mozart. It had a five octave range.

The development of the piano, gained much stronger favour in the Romantic era with a much wider range than Mozart’s.

Mozart’s instrument is now called the ‘fortepiano’ which is distinguished from today’s ‘pianoforte’. It is not uncommon to hear music in the Classical era played on a ‘fortepiano’ period instrument. Hearing Mozart’s concerto on a real eighteenth-century instrument is a new aural experience. Textures sound are thinner and clearer, the technique is more natural and the music is more elegant and proportioned that no modern instruments can render.

Joseph Haydn, who was Mozart’s contemporary and acclaimed that he was the greatest musician in Europe. As a pianist, Mozart was not a fiery kind of virtuoso as Muzio Clementi, his competitor. Clementi was a pianist first and musician second; Mozart was musician first and pianist second. Mozart could be impatient, arrogant and to put it mildly disrespectful. He was rather nasty and always ready to ‘die laughing’ instead of feeling compassionate.

The daughter of Stein, Maria Anna was a prodigy who grew up to marry Johann Andreas Streicher, a piano manufacturer. Maria became close friends of Beethoven and Mozart who wrote the following to comment on her playing:

‘Anyone who hears her play can keep from laughing like her father, be made of stone (Stein in German means ‘stone’. She did not sit in the middle of the piano, instead she sits right opposite the treble, which gives her more chance to make grimaces. She rolls her eyes and smirks, when a passage is repeated, she played rather slowly and more slowly if it has to be played the third time. If a note is to be stressed, she played rather clumsily instead of using wrist. When a note ought to be played like ‘oil’, where a change of finger is necessary, she avoided it and not bothered with it by leaving out the note. She may succeed but she will never gain rapidity. Moreover, she will never obtain the chief requisite of music, which is the rhythm.’

Mozart never changed tempo in repeated sections of a piece, he favoured a light wrist and kept fingers in close contact with the keys. He did not use extreme dynamics, instead his playing was temperate, regulated and had a legato (the binding together of consecutive notes, so there is no audible break between them) that ‘flowed like oil’. He prided himself on this tone and technical accuracy

‘leaving out no notes’. He was capable of playing fast and had impeccable rhythms. He used rubato when played slow movements, the left hand governed the strict pulse while the right varied the tempo.

Mozart had both a very precise and literal mind but in his playing, there must have been no room for evasion or taking an easy way out. He sent his sister his sonatas to ‘play them with plenty of expression, taste and fire and learn them by heart’. Nevertheless, they needed to be played with precision.

Mozart mentioned that if his sister were to be a pupil, he would lock up all the music sheets, cover the keys with a handkerchief and made her practice, first with the right hand and then with the left, nothing but scales, trills mordents and so forth, very slowly at first until each hand should be properly trained.

Once he listened to an experienced pianist, Abt Vogler playing through his concerto, Mozart wrote a rather blunt remark to his father:

‘He took the first movement, Andante Allegro as prestissimo and the Rondo even more prestissimo. His bass were played quite differently from the way it was written, inventing here and there quite another harmony and melody. For the eyes cannot see the music nor the hands perform it. That kind of sight- reading is nonsense. I could not bring myself to say to him ‘far’ too quick. For fast passages, one can leave a few notes out here and there but for slow music, you cannot leave out a few notes without unnoticed.’

Vogler used the old C P E Bach style of finger, which Mozart long abandoned. He was a disciplined pianist who took his musical responsibilities with utmost pride. All who have heard him, admired his singing tone and his prowess of improvisation left everyone speechless. Improvisation is an art of thinking and performing music simultaneously. Mozart never played the same composition twice the same way. He was reluctant to allow his manuscripts to be circulated for fear they would be copied, imitated and plagiarized. Once circulated they would be out of his control. Beethoven was the first who wrote out his cadenza in his Emperor Concerto; up until that time, a soloist was expected to improvise a cadenza on the spot.

Mozart’s music was considered beautiful but old fashioned a few years after his death, correct but lacking drama. Carl Czerny, a student of Beethoven claimed that Beethoven told him that Mozart’s touch was’ neat and clean, but rather ‘empty, flat and antiquated’. Mozart was proud of his ‘oil like legato’.  However, many twentieth century pianists and even scholars do not realize that in Mozart’s day, most passages were not played legato unless specifically marked. It was not until the nineteenth century, Clementi, Beethoven and Cramer, legato playing came into being. Anything written by those three composers were legato unless specified otherwise. Legato only occupied a small part of a pianist’s lexicon in the eighteenth century.

In C P E Bach’s Versuch wrote that ‘notes which are neither staccato nor legato are held half of its note value unless the word Tenuto (held) is placed over them.’

Gottlob Türk in his famous Klavierschule (1789), wrote ‘When playing notes in the ordinary manner, neither staccato nor legato, the finger should be lifted shortly before the written value of the notes requires it’.

Legato playing in eighteenth century practice was an exception rather than a rule. Clementi was the first pianist who broke away this eighteenth century notion of binding notes together only when specifically marked in 1803. He wrote in his The Art of Playing the Pianoforte, ‘The best rule is to keep down the keys of the instrument the FULL LENGTH of every note’.

Mozart’s rival, Muzio Clementi sent both musicians home with something to think about as Mozart was a pianist he absolutely abhorred. Clementi was the one who will ride the wave of the future.